Tryfan and the Glyders

The total distance is 6.5 miles with a height gain of 3,000 ft. for the uninitiated this is equivalent to walking up 300 flights of stairs, with a rucksack. So you will need to be reasonably fit !. The walk will take about 7 hours.

Tryfan is said to be the only mountain in Wales that you can't reach the top of without using your hands. Consequently, this walk involves a lot of scrambling up very steep outcrops, whilst this is not rock climbing its does mean that you will need a head for heights.

The photograph below shows Tryfan which is the first Mountain on this walk, the route follows the ridge line that starts at the bottom right of the photo.

A view of the other side of Tryfan 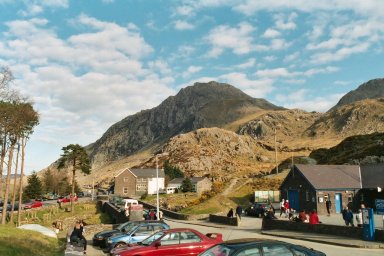 This photo shows the top of Tryfan and you can just make out two large rocks on the middle peak, these are known as Adam and Eve they are about 8 feet tall, 4 feet wide and 4 feet apart. The tradition on reaching the top of Tryfan is to climb onto and jump between the two rock pillars.

This photo shows the top section of the ridge and you can see why it gets its name Tryfan (three peaks). It also shows the descent route from the top of Tryfan down the ridge line to the left hand edge of the photo.

Half way up looking back towards Ogwen Cottage 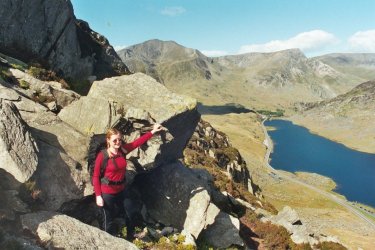 The final bit of scrambling before the top. 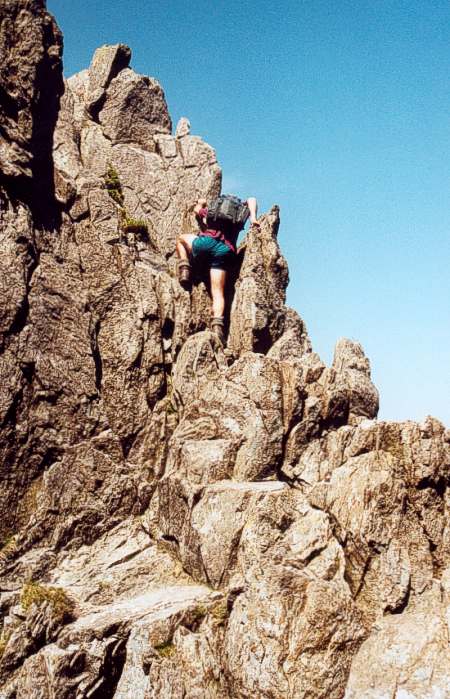 Near the top looking back toward the Ogwen valley. 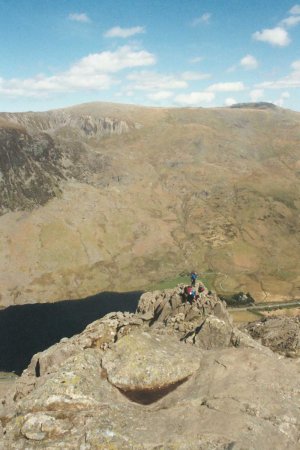 The top and Adam and Eve with some getting ready to jump the gap.. 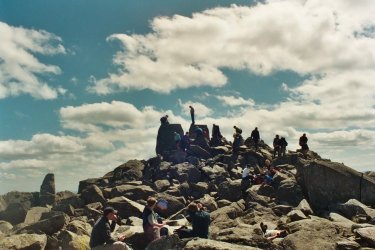 The view from the top of Adam and Eve, if you jump between them make sure you don't stumble over the edge ! 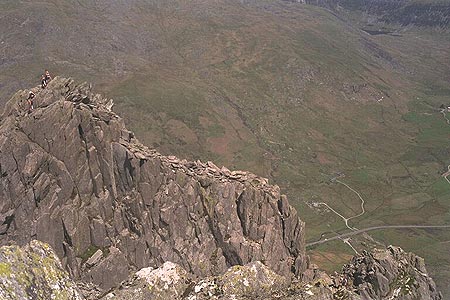 From the base of Tryfan the route ascends again up Bristly Ridge. The ridge can be seen starting at the bottom right of the photo below.

The ridge line can be seen more clearly in this photo. 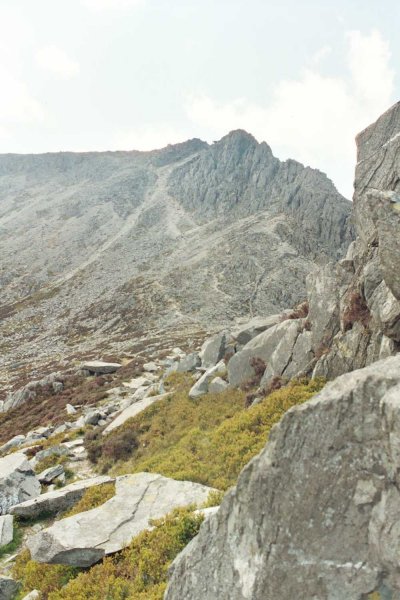 Near the top of Bristly Ridge looking back toward Tryfan on a clear day. 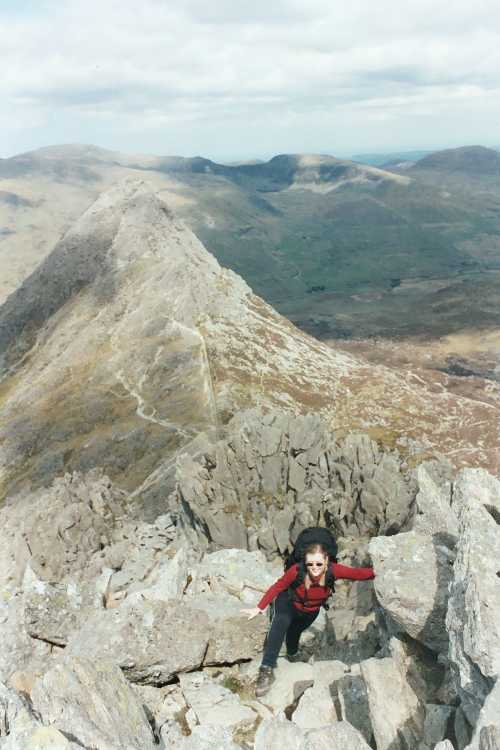 ... And on a "normal day", which illustrates the potential route find problems in the mist. 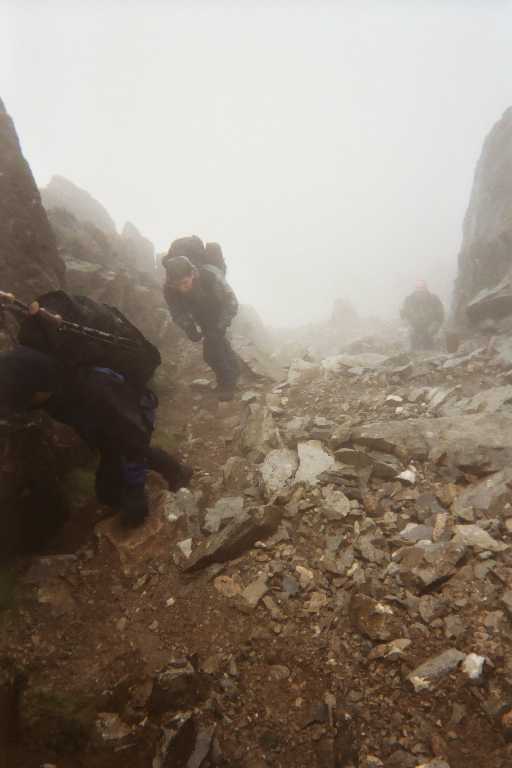 The route then crosses the Glyders plateau which is very rocky terrain as can be seen below.

On the plateau a popular place for a rest is a large pile of rocks known as the canter lever.

Also on the plateau is another rock formation called the castle of the winds which is formed from large spires of rock. 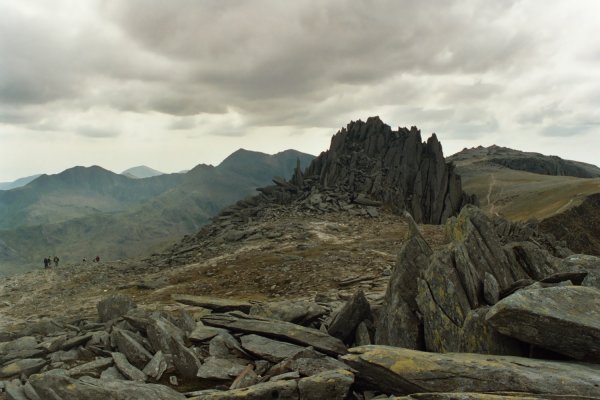 The descent from the plateau is down a steep path known as the Devils kitchen, which is at the end of the lake in this photo. The Devils kitchen is in fact a very large gully in the cliff and from the plateau when the weather conditions are right mist rises up it and gives the impression that the mist is coming from the ground. This looks like smoke - hence the name the Devils Kitchen, the effect can be seen in the 3rd photograph above this one.

Exact details of the route can be found here :- Map